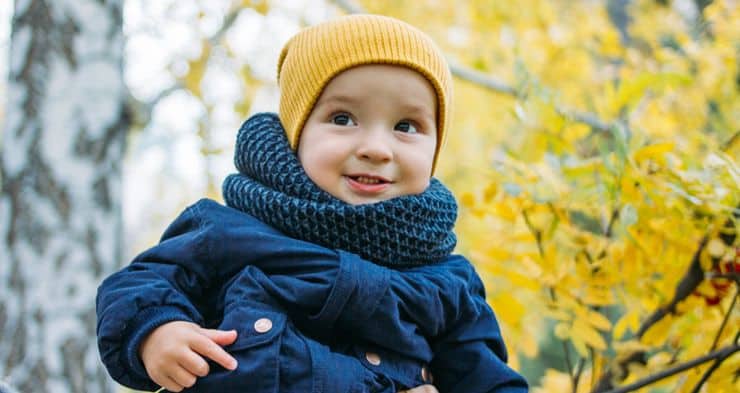 German names have gained more popularity in the USA over the years. Each year there is a change in the top German boy names list due to the dynamic trends, celebrities, sports stars, etc. But, there are few titles of baby boys that are consistently famous over the years. German people strongly prefer names that have a pleasant influence on the child’s personality and wellbeing. They avoid words with inappropriate meanings while choosing a name. Some people prefer unique German boy names over popular boy names. However, some Germans still prefer traditional, historical, and even religious names for their baby boys.

Several Hebrew, Latin, Greek, English, and Spanish words have influenced German names. Some modified biblical terms have inspirations on German names; especially, influential names like; Joshua and Johann. If you are seeking the most popular names for German boys, you are in the right place. Here, we have accumulated the list of the top 100 German names for boys famous in 2022.

1. Adolphe
The origin of this name is the Old German word Adalwolf. Adolphe means majestic wolf or noble.

2. Adayre
This name has a German origin, meaning wealthy spear.

5. Arnell
Originated from both the Old German and Old French, the name ‘Arnell’ means Eagle’s ruler.

6. Baldric
It means a brave ruler.

7. Berne
This word means a bear according to the German language.

9. Brook
This word represents a water stream in the German dialect, and it is one of the famous names for boys.

10. Bertolde
It symbolizes a bright light or strength.

11. Claibourne
This German name means the boundary of clay.

13. Dirke
This name refers to the power of the tribe.

14. Duer
It is a sweet name with a lovely meaning, dear.

15. Eburhardt
This word means strong as a boar.

21. Fredrick
Fredrick is a variant of Frederick in German, meaning a peaceful ruler.

22. Fremont
This word means the guardian of freedom in German

23. Frimunt
It is of German origin, meaning noble protector.

25. Gun
Gun is a famous name among German boys that symbolizes a warrior or battler.

26. Hacket
This word means a little wood hewer in German.

27. Hartwig
This word denotes a person who is courageous in the battle.

28. Heine
Heine is the name of a German warrior, meaning home ruler.

29. Herrior
This word means home ruler according to the German dialect.

30. Horst
This name means a leap in German.

32. Humphrey
Humphrey is a beautiful name meaning a peaceful warrior.

34. Ignatz
This word means fiery, and it is a German variation of Ignatius.

35. Ingram
It is a cute German name for boys meaning angel-raven.

37. Jamie
It is a variant of James in German.

38. Jeffery
Jeffrey is a sweet name for German boys meaning peaceful, serene, and at ease.

41. Joshua
It is a religiously famous name meaning God is kind and merciful.

42. Just
It has a Latin origin but famous as a German body name, meaning righteous or fair.

43. Karl
It is the most famous German names, spelled with C or K, meaning a man,

45. Kleiner
Its origin is German, and it means small.

47. Kyland
It represents a bull.

48. Lamar
By origin, Lamar is a Spanish word, and it means from the sea.

50. Leopold
It is a German name meaning brave people.

51. Lewis
Lewis is the variant of Louis in German.

52. Lian
Lian is the derivative of the name Liam. As a name, it is moderately uncommon, and it has two meanings; desire and helmet.

53. Lonnard
It is a bold and robust name meaning lion strength.

55. Medwin
This word means a powerful friend in the German language.

56. Meinrad
This word represents a mighty counsel in German.

57. Nando
It is a famous German name meaning bold voyager.

58. Nicklaus
This beautiful historical name means victory of the people.

59. Norman
Though it is an English word by origin, Norman is more common in German as a name. This word means a northerner.

60. Olis
It is a beautiful name meaning strong and powerful.

61. Onofredo
This word means a peaceful warrior in the German language.

62. Othello
It is a historical German name, famous for centuries for Shakespeare’s popular novel, Othello.

63. Ottildo
This word represents a prosperous and famous warrior in the battle.

65. Ozzy
This name refers to the power of God.

66. Penrod
This word represents a famous commander in German.

70. Robertson
This name is famous for centuries and still has the same level of popularity among German people. It means to have bright fame.

71. Roderigo
This word indicates a famous and influential person.

72. Rudolfo
It is a bold and inspiring name meaning a famous wolf.

73. Ryszard
It is a unique German name meaning an influential leader.

74. Saelac
This name means to be blessed.

75. Seigmond
This one is a famous German name for baby boys meaning a protector and victorious.

77. Snyder
According to the German dialect, Snyder means a tailor.

78. Stark
It is a German boy name famous in the US and other countries in the last few years. It means to be healthy.

79. Straus
This word has multiple meanings like fight, ostrich, and bouquet.

80. Thedrick
This beautiful name means the power of the tribe.

82. Thurman
This one is a historical name meaning Thor’s protection.

87. Ulric
This unique name has a powerful meaning; the power of the home or strength of the wolf.

88. Ulz
This word refers to a noble leader in German.

89. Valdemarr
It is a German name for boys meaning famous, bright, and noble.

90. Verrill
It is one of the unique German names, meaning masculine and loyal.

93. Voss
This word means a fox in German,

94. Wat
It is a German warrior name meaning the army commander.

95. Webber
It is a common name in Germans, meaning weaver.

96. Wilek
It is a unique name, symbolizing protection.

97. Wolfert
It is a famous German name for boys signifying wolf army.

98. Wylmer
This word means a strong desire in German.

99. Yaeger
This name has a German origin, which means to hunt or chase.

100. Zygmunt
This word means a protector or a victorious hand.

Most of the names you see in the above list have topped in the last few years, and they are still so popular. The most common reason for this popularity is the names of media personalities. But you will also notice some unheard-of and unique titles that own an influential meaning.

If the Almighty has endowed you with a baby girl and you are searching for a German name for her, check this article out.