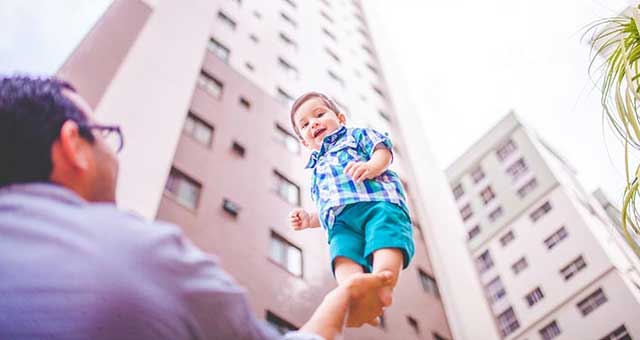 Making a newborn habituate to a routine demands plenty of time and effort of a mother. When you finally make the kiddo settle down with a good routine, suddenly it does not want to sleep or sleep more and demand more food frequently. If your baby is creating these scenes, he is probably facing growth spurts. A baby generally faces five to six growth spurts within the first twelve months of her life. While you are dealing with baby growth spurts, we welcome you to read this feature thoroughly. Here, we have tried to include all the possible details regarding this topic.

What does the term Baby Growth Spurts mean?

Growth spurts generally refer to those periods when babies grow up more quickly than usual. For illustration, your kiddo is taller or healthier than three-fourths of the children of his age.

In this period, his body demands extra calories for a particular growth. It usually happens when the body needs to reinstall consumed energy to the cells.

Not only babies, but even teenagers also pass through growth expansion. During these periods, babies usually put on weight, rise in height rapidly.

What are the signs of baby growth spurts?

During these couple of periods, kids’ weight jump on a higher stage, or their height increases more than usual. You may notice some signs like he will like to eat more. He will look at the bottle immediately after the feed to express his hunger.
It may affect babies’ sleeping patterns. He will sleep more or less than usual. Your child may wake up early or amid the night or take long naps due to growth spurts. 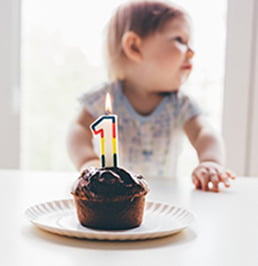 It’s not like that all the symptoms are similar for every child; some babies may pass through without showing any signs.
Grabbing a toy, turning over on his own, sitting up, crawling, and walking within the first year of his life, all result from a growth spurt.

Reminder: Sometimes, parents confuse baby growth spurts with other issues, like sickness, diaper change, and teething. For instance, a kid can be overly sleepy or fussy due to illness. And low milk production can be the reason behind constant hunger when your child only consumes breast milk.

When do babies have growth spurts? How long does it last?

It may happen anytime and usually last for a couple of days to two weeks, especially for young babies. Pediatricians believe most of the babies go through growth spurts at different ages like: 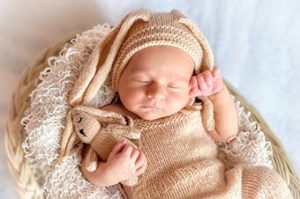 But remember, the growth pattern is different for each baby. Baby growths do not happen by reading the calendar, so that timing may differ from one to another. Beyond these above timing, you may also see a growth spurt at eight weeks or four months or twelve months in your baby.
So how can you tell that your baby has had a growth spurt? It’s simple. Your baby will get weighted and healthier quite quickly in that period.

It’s not the same, but it’s related. During feeding spurts, your baby may become more hungry, and he may eat for longer. During growth spurts, it may happen or may not.

Best way to survive during growth spurts in babies:

As growth expansion requires baby feeding more often than average, these periods are overtiring for both the mother and her junior. However, following some rules will always help you out to thrive during these types of situations.

The body of breastfeeding moms experiences several changes, along with the baby’s growth spurts. Therefore, hydration during breastfeeding is necessary. Try to take a glass of water before or after each feeding to keep up the milk supply and stay away from dehydration.

Stop comparing your baby’s size and growth pattern to another kid of the same age. Instead, keep contacting the pediatrician to ensure that your baby’s weight, length, movement, and head circumstances are up to the mark as they should.

Don’t delay to consult or pay a visit to your baby’s doctor while you are facing any confusion regarding your infant’s growth.

Take good care of yourself.

The sudden expansion of a baby’s growth affects a mother so much. Throughout the first year, your baby entirely relies on you for food, care, and maintenance. So, don’t neglect your body and mental health. Pamper yourself with good food and a healthy routine. Keep consulting with doctors while facing any difficulty concerning your body and mind.

Mothers often struggle to maintain a routine for babies in the first year. But after the first few growth spurts, a mother will eventually know how to withstand them.

Motherhood is a tricky and holy task at the same time. But let us ensure that you are not alone in this period. Thus, we try to help by giving every possible information regarding baby care. Let us know your valuable comments by commenting below.