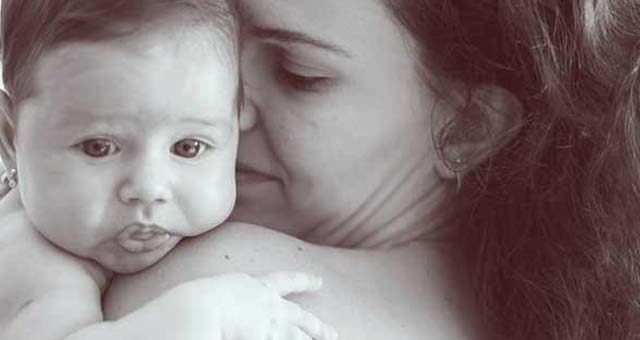 Do you remember the rhythmic twitch in your uterus while pregnant? Probably you were feeling your baby’s hiccup. Baby hiccups are not only common after birth, but also before birth, most of the moms can feel it in womb during pregnancy. Parents are often getting worried watching their baby hiccup, especially those who are a parent for the first time. For those tensed parents here we are with this article which will help you to understand hiccupping in newborn and infants and definitely you will also find the causes and the way to get rid of baby hiccups.

Is hiccupping normal in babies?

Yes, hiccupping is normal in babies like normal adult people, more widely it’s also normal even in your womb. Most of the babies start hiccupping during pregnancy periods, especially second trimester. Then after birth, hiccupping is very common up to the first year. So you don’t need to get worried about that.

What causes hiccups in babies?

It’s a common question from the first time parents: why does my baby get hiccups? First off, relax. It will not cause any harm to your baby. Spasm of the diaphragm causes babies hiccups as like adults, but the reason behind the spasm is not clear at all. It is assumed that a number of things can bring hiccupping in your babies.

If your baby eats too quickly, filling up their stomach with too much air, it can cause hiccups.

Sudden changes in food temperature can cause hiccups in your baby. It’s like that if you feed him cold milk, just after that you feed a hot cerelac it might be causing hiccups.

Gastroesophageal reflux can lead to lots of infant hiccups. Baby’s stomach is not well developed as like adults, so his muscular valve which is at the end of food pipe not works well. Foods and acids may come up when his tummy gets full, which may cause hiccups. If your baby is crying more frequently, arches his back excessively than his hiccups may be due to gastroesophageal reflux. Consult with a pediatrician as soon as possible about that, don’t need to worry, this condition can be easily treated.

How to get rid of baby hiccups easily?

What should you do for the hiccupping newborn? You can try burping your baby while feeding. Feed him when he is relaxed. For the breastfeed babies burp when you switch him one breast to another. It may reduce the chance of newborn hiccups after breastfeeding. To learn how to burp your baby, watch the video.

Try rubbing your baby’s back. Though there’s no identifiable cause of the hiccup, rubbing baby’s back or rocking her can help to get instant relief from the hiccupping. 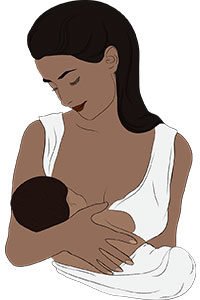 Sometimes swallowing air seems to be the main issue of hiccups among the breastfed babies. Be sure that your baby’s lips are sealed around the areola of your breast to avoid swallowing air, not just around the nipple.

Reposition the bottle during feeding so that you can make sure that the air isn’t near the nipple, it’s around the bottom.

What should I avoid to prevent hiccups?

Do not worry if your baby still gets hiccups even after following the tips. Actually, there is not any specific reason and remedy of hiccups. Most of the babies pass periods during their first year with hiccups, sometimes it may longer upto toddlerhood. It will less frequently as he matures. So you don’t need to worry at all about that, but if you see any sign of gastroesophageal reflux on him, consult with a doctor.

You may also like to read our article on making baby formula and the way of cleaning baby bottles. Don’t forget to let us know your opinion by commenting below.

Be with momion, we are for you and your minion.