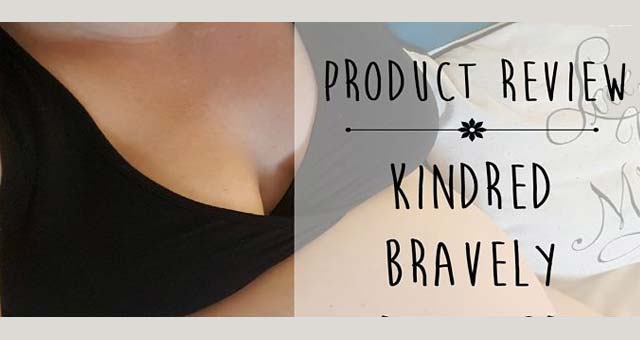 For the last few years, I’m trying different products from a company named “Kindred Bravely”. Kindred Bravely is well known for luxury clothing of nursing and pregnancy like bras, pajamas, tops etc. You may have seen their advertisements on your Facebook newsfeed or Instagram as they are advertising their products on these platforms. Their founder, Deeanne Akerson, started the company with the high aim and I think, it’s now in a great position. After seeing their advertisement you may be looking for reviews on Kindred Bravely and in this article, I will try giving you the honest review on Kindred Bravely, they are really great for nursing and pregnancy.

The Story Behind Kindred Bravely:

According to its founder Deeanne Akerson, she was tired of the impractical and ugly nursing wear available on the market and she wanted to make a change and that’s how Kindred Bravely was founded. She wanted nursing moms to feel blessed all the time during nursing and pregnancy with their meticulously designed clothes.

As a mom, I understand that she is successful to make that change what she wanted. Before Kindred Bravely, it was really difficult it is to find the perfect nursing clothes which made us comfortable around the house. Her struggle is real and worthy.

Review on Kindred Bravely Based on My Personal Experiences:

I used clothing from Kindred Bravely during my 2nd and 3rd pregnancy. During the first pregnancy, I was really tired of trying various nursing nightgowns, bras, and tanks. Most of the nursing bras were impractical and uncomfortable to me. Especially regarding bras, I never seem to get it right. I found every bra fits different. Every new bra that I choose, came with a different size and awkward functionality. During my second pregnancy, when I was purchasing from KB, I was hesitant again that they wouldn’t fit right or be uncomfortable again.

But I was wrong at that time and it was a pleasant surprise for me. I instantly uploaded a photo on Instagram -because I wanted to know everyone about this.

I have never used a bra that felt so comfortable. I still remember the colors. The beige Simply Sublime Nursing Bra and the black french terry racerback bra was really awesome.

You may think that I will now say you to buy these products now– it is not. I know that everyone has a different comfort level and has their own taste. But I really had to say that I had never experienced a bra like this till now. KB simply sublime is really magical. It fit PERFECT! Since I used these, I haven’t tried any other. They are super comfy and convenient for nursing. The straps snap off offers easy access.

KB made these with high-quality fabrics which makes them soft and stretchy enough that you will feel like you aren’t even wearing a bra at all!

I’ve used the french terry racerback nursing bra which makes me feel really good on my chest. Marvella offers great support as well as an eye-catching design and comes in a variety of colors.

You already know that I’ve also used the simply sublime bra is comfortable as well as supportive as an everyday bra to wear to work. They are designed to fit different cup sizes, which is really great fluctuation in size during nursing.

I’m using Simply Sublime Maternity & Nursing Tanks (Number one nursing tank top of all time)till now and from my point of view, this is the most recommended option for sensitive breasts with its soft fabric, supportive design and breastfeeding practicality.

Recently I’ve tried two pajama sets and they are amazing as well. I think that these are probably the softest pajamas I have ever used. They are perfect for summer and silky smooth on my skin, I wish I had these pajamas when I was pregnant!