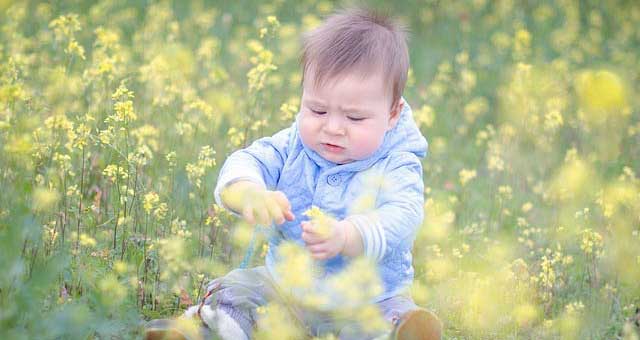 As flowers resemble the delicacy and beauty, people made floral names a feminine thing. So, it has become tricky to name boys after flowers. Daisy, Lily, Jasmine, or Rose already picked a girly tone that you can never imagine naming your boy after those flowers. But there are still some flowers which give masculine vibes. We researched the internet and gathered all those cool, meaningful, and mannish floral names for your little boy. Take a look at below a-z list of flower names in alphabetical order.

1. Aaron: A flower mostly found in Germany and Britain.
2. Aciano: Spanish originated word which means a blue bottle flower
3. Admon: A red peony flower which is a well-established name in English and Hebrew language.
4. Alder: One kind of flowering plants
5. Arnit: A popular Indian male name that represents a beautiful flower.
6. Anthony: A name derived from Greek origin and it means flower
7. Antonio: An English word which means flower.
8. Basil: The term ‘Basil’ comes from the Greek word means ‘royal/kingly plant.’ 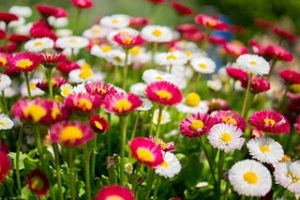 9. Blodwyn: A welsh word that symbolizes blessed flowers.
10. Cedar: A beautiful pink flower blossoms in Sumer.
11. Celandine: A unisex name after a bright yellow flower.
12. Cosmos: A widespread genus of the sunflower family.
13. Crisanto: A golden flower
14. Elm: Elm is a muscular tree that produces white flowers
15. Fiarello: An Italian word to symbolize ‘little flower.’
16. Flax: A small blossom of pale blue color.
17. Fleuri: A Latin word that represents the beauty and fragrance of a flower.
18. Florent: Derived from the word flower
19. Florian: Latin word that denotes ‘flower.’
20. Fox: This name is a variation of Foxglove flower.
21. Gulzar: Arabic name means ‘rose garden.’
22. Hawthorne: Large genus of shrubs with white flowers
23. Headley: English name which means ‘heather field.’
24. Indigo: This name represents the deep blue color of the Indigo flower.
25. Iris: Iris means rainbow according to the Greek language. Universally, Iris is a beautiful rainbow-colored flower.
26. Ixora: It’s a genus of plants in the Rubiaceae family and very common in Indian sub-continent.
27. Jarred: Hebrew name which means Rose
28. Jacek: Polish name meaning’ hyacinth flower.’
29. Kamal: A Hindi word which symbolizes a Lotus flower.
30. Kunal: It is also a Hindi word which means ‘lotus.’
31. Mazus: A flowering plant that is universally known as ‘creeping Maze.’
32. Nalin: In Buddhism and the Hindu religion, Nalin signifies a Lotus flower.
33. Ren: In the Japanese language, that means ‘water lily.’
34. Roosevelt: A Dutch word which stands for ‘field of roses’.
35. Shamrock: It’s the national flower of Ireland.
36. Valerian: It’s a perennial flowering plant, also a name of the Fantasy/Science fiction film of 2017.
37. Yarrow: A flower generally blooms in Northern Hemisphere in Asia, Europe, and North America.

Parents who love plants and gardening that much, naming children after plants become their wish. If you are of those plant-obsessed parents, then the following names may help you.

While choosing baby names, parents become picky as they don’t want their grown-up children to question them in the future. We were so conscious of this fact. Thus, the list is small, but we hope it will serve your purpose. We have also arranged a list of influential boy names with meaning,