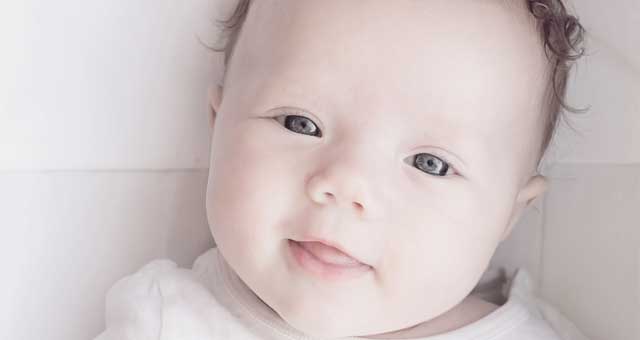 With so many sources of inspiration, it is quite challenging to choose a name for your child. If you are Spanish, you might look for words of Spanish origin. You can choose a traditional, unique, or unisex title for your little bundle of joy. Some Spanish baby boy names are popular from generation to generation, and some even appear in the Bible. If you are looking for Spanish words to name your baby boy, you are at the right spot. Here, we’ve compiled the top 100 Spanish names for boys famous in 2022.

1. Abejundio
This name is Spanish-originated, and it means Like a bee.

2. Alejandro
It is a popular choice for Spanish baby boys that symbolizes a person who defends others.

3. Andres
It’s the variant of the English name Andrew and means brave or manly.

4. Angel
It comes from Latin and Greek origin, meaning ‘messenger of God.’

5. Antonio
The name ‘Antonio’ is a classic choice of Shakespear play lovers, and it means priceless. Shakespeare has used this name in five different plays.

6. Bartolo
It means Ploughman, and by origin, this name is Spanish.

7. Carlos
Carlos is the Spanish version of the name Charles. It means free man.

8. Casimiro
It symbolizes a person who brings peace.

9. Cesar
Arrived from the Latin-originated word ‘Caeser,’ Cesar indicates the head of hair.

10. Cortez
The great Hernando Cortes was an adventurer who conquered the Aztec civilization. Cortez is the Spanish modification of Cortes, and it means courteous.

11. Cruz
Cruz is a unisex name that means ‘cross.’

13. Desiderio
It signifies the desired person.

15. Emiliano
Emiliano is the Spanish and Italian variation of Emil that means work.

16. Emilio
This name means a rival.

18. Esteban
It is a Greek word that symbolizes a crown.

19. Everardo
It is one of the most glamorous names that mean brave boar.

21. Fanuco
This name means to be free.

22. Fausto
It comes from Spanish origin, indicates to be lucky.

23. Federico
This name is of Italian and Spanish origin that symbolizes a peaceful ruler.

24. Ferdinand
This name represents an adventurer in Spanish.

25. Fernando
Fernando means a bold voyager, and it comes of Portuguese and Spanish origin.

26. Fido
This Spanish name means a sincere or faithful being.

27. Flavio
Flavio is a Latin-derived word that signifies yellow hair or a blonde.

28. Francisco
This name comes from Spanish, Portuguese, and German origin, and it indicates a free man.

29. Gael
Gael is a famous name in Spain, Wales, and the UK with Greek and Celtic origin. It means lovely or healer.

32. Godofredo
Godofredo is a Spanish-originated word that indicates the peace of God.

33. Gustav
This name for boys comes from the Latinate version of Gustav, which means the Goths’ staff.’

34. Hector
By origin, Hector is a Greek word that means steadfast. The name of the Hero at the Trojan war of Troy was Hector.

35. Hugo
It is of German and Spanish origin, and it means enormous.

37. Ishmael
It comes from Hebrew origin and means ‘God will hear in Spanish.’

38. Izan
In Hebrew, it means firm or enduring.

39. Jaime
Traditionally, Jaime is a male name that means supplanter. It derives from Hebrew origin.

40. Javier
Javier is another Spanish name that is getting popularity in the US because of the Oscar-nominated Spanish director, Javier Bardem. In Arabica and Basque, it means a bright or new house.

41. Joaquin
This name is for baby boys, and it means God will Judge.

42. Jorge
This name means a farmer, and it is the Spanish variant of George.

43. Jose
Jose is the modern variation of the Spanish and Portuguese originated name Joseph. It means God Will Increase.

44. Juan
Juan is the Spanish variation of the name John. It means gracious Lord.

45. Julio
Julio is the Spanish modification of the name Julius, arrived from the Greek word ‘ioulos.’ It symbolizes a downy-bearded and youthful person.

46. Kemen
It is a Basque and Spanish word that means strong.

47. Lago
Lago has a Welsh origin, and it means to supplant or to follow.

48. Leon
In French and Spanish, Leon means the lion.

49. Leonardo
It means bold and lion-like.

51. Lorenzo
Originated from the Latin word Laurentius, Lorenzo is an Italian name that means ‘from Laurentium.’

52. Manuel
It is the Spanish alternative of the Hebrew name Emmanuel. Manuel means ‘Lord is with us.’

53. Martin
Latin name ‘Martinus’ is the original version of this word. According to Latins, Martin was the Roman God and their deity of war. The Spanish name Martin means warlike. This word also denotes a warrior.

55. Maximiliano
It means the greatest.

56. Miguel
It is a prevalent male name having both Portuguese and Spanish origin. Miguel means like God.

57. Mikel
Mikel is the Spanish variety of the Biblical name of Angel Michael. It means ‘who resembles God?’

58. Natal
It means the one who is born at Christmas.

59. Nataniel
It means blessings from the Almighty.

60. Nicolas
This famous name is a variant of Nicholas derived from French and Spanish dialects. It represents the one ‘who conquerers people’ or ‘the victorious one.’

61. Octavio
Octavio in the Spanish language means the eighth.

62. Pablo
It means small or humble.

63. Pedro
This name appears in the Bible, Matthew 16:18. It is the Spanish version of the name Peter, and it means stone or rock.

64. Rafael
This one is a Spanish version of the Hebrew name Raphael implying God has healed.

69. Sancho
It means the Saint.

70. Santiago
It is a popular name gaining parents’ interest due to a city in Chile named Santiago. This title refers to Saint James.

71. Santos
In Latin and Spanish, it means saints.

72. Saul
It comes from Hebrew, meaning inquired of God.

73. Segundo
It means the second born.

74. Serafin
It means fiery in Hebrew.

76. Sigifredo
Derived for the German and Old Norse nameSigifrid and Sigrior, Sigifredo means a peaceful victory or a well-built silence.

77. Sivestro
It means forest or woods in Latin.

78. Tadeo
It has Aramaic and Spanish origin that means praise.

80. Tianna
This name means Godly according to the Greek language.

82. Trent
Trent is the Spanish alternative of the English word Torrento. Though River Trent is the third-longest river of the United Kindom, as a name, Trent is more established among Spaniards. This word represents the speedy water flow of a river.

84. Uber
It is a German-originated word and, it means shining intellect or bright.

85. Uguecria
It is an English word that means intellect or mind.

88. Venturo
This name has a beautiful meaning in Spanish as good luck or good fortune.

89. Videl
This name has a Latin and Spanish origin, and it means being alive or vital.90. Viviano
It is a Latin word that signifies life or being alive.

91. Wilfredo
It derives from the English language in Spanish, and it symbolizes a person who desires peace.

93. Xabat
It implies a savior.

94. Xenos
It has different meanings in Arabic and Spanish. In Arabic, it means bright, while in Spanish, it represents ‘owner of a new house.’

95. Ximen
The Hebrew ‘Simeo’ is the original word from where the name Spanish name Ximen came. This word means the listener.

96. Ysais
This sweet name refers to the Lord’s Salvation.

97. Ysrael
This beautiful name refers to the one who struggles with God.

98. Zack
Isaac, Zachariah, and Zachary are three popular names among Hebrew-spoken households. Zack is the Spanish variant of these names. It means laughter.

100. Zorion
By origin, it is a Portuguese word that later became well-established as a Spanish name. Zorion means happiness.

We have listed several Spanish names here that arrived from Latin and Greek, later preserved in Spanish dialect. On the other hand, some are modified versions of biblical words and taken as names due to religious associations.